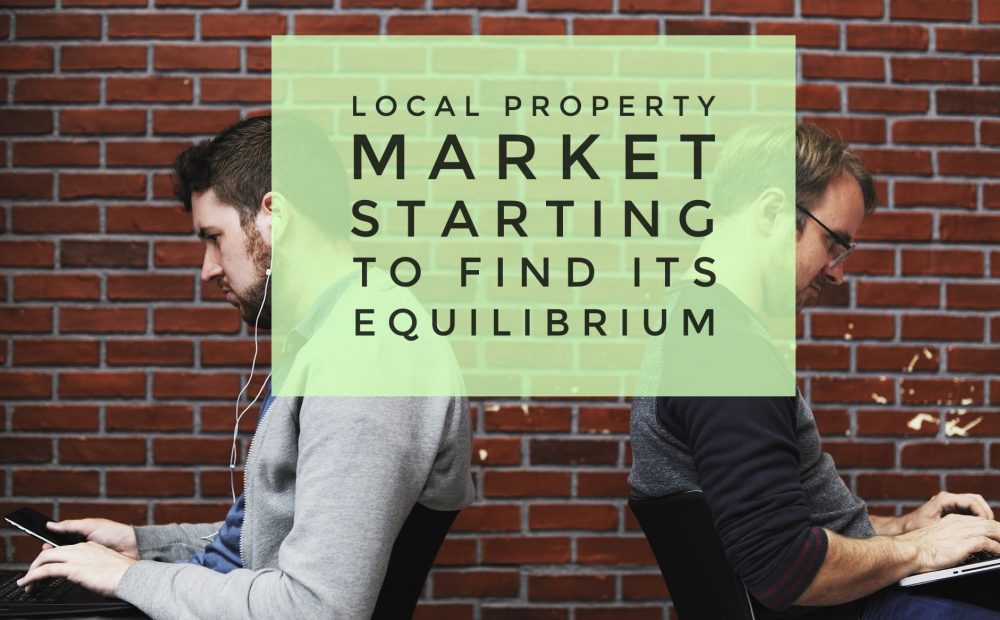 My thoughts to the landlords and homeowners of Doncaster…

The tightrope of being a Doncaster buy-to-let landlord is a balancing act many do well at. Talking to several Doncaster landlords, they are very conscious of their tenants’ capacity and ability to pay the rent and their own need to raise rents on their rental properties (as Government figure shows ‘real pay’ has dropped 1% in the last six months). Evidence does suggest many landlords feel more assured than they were in the spring about pursuing higher rents on their properties.

During the summer months, historic evidence suggests that the rents new tenants have had to pay on move in have increased. June/July/August is a time when renters like to move, demand surges and the normal supply and demand seesaw mean tenants are normally prepared to pay more to secure the property they want to live in, in the place they want to be. This is particularly good news for Doncaster landlords as average Doncaster rents have been on a downward trend recently. So look at the figures here…

Rents in Doncaster on average for new tenants moving in have risen 1.6% for the month, taking overall annual Doncaster rents 1.1% higher for the year

However, several Doncaster landlords have expressed their apprehensions about a slowing of the housing market in Doncaster. I think this negativity may be exaggerated.

The other side of the coin to property investing is capital values (which will also be of interest to all the homeowners in Doncaster as well as the Doncaster buy-to-let landlords).  I believe the Doncaster property market has been trying to find some level of equilibrium since the New Year.  According to the Land Registry…

Property Values in Doncaster are 2.21% higher than they were 12 months ago, rising by 2.5% last month alone!

The reality is the number of properties that are on the market in Doncaster today has dropped, albeit only by 1.1% since New Year, but even that can have an interesting effect on short-term property values. As tenants have had less choice, buyers also have less choice. 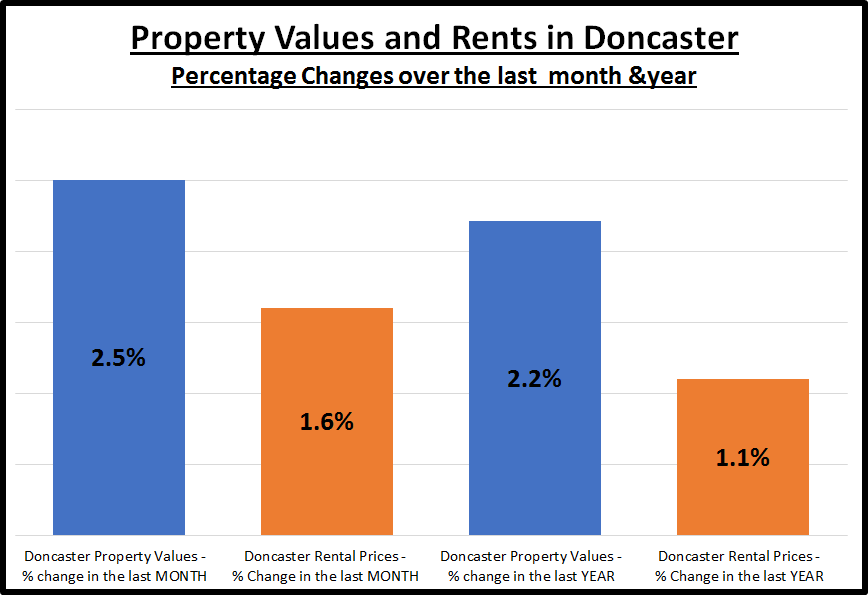 Be you a homeowner or landlord, if you are planning to sell your Doncaster property in the short-term, it is crucial, that whilst you allow room for negotiation, you must still realistically price your property when you bring it to the market. Given that everyone now has access to property details, including historic stats for how much property has sold for, buyers will be more astute during the offer and negotiation stages of a purchase.

Compared to 2008, today’s lower supply of Doncaster properties for sale will keep prices relatively high…and they will continue to stay at these levels for the medium to long term.

Less people are moving than a few years ago, meaning less property is for sale. Fewer properties for sale mean property prices remain relatively high and this is because of a number of underlying reasons. Firstly, buy-to-let landlords tend not sell their properties as often than owner-occupiers, consequently removing the property out of the housing market selling cycle. Secondly, Stamp Duty is much higher compared to 10 years ago (meaning it costs more to move). Next, there is a dearth of local authority rental housing so demand for private rented housing will remain high. Then we have the UK’s maturing owner occupier population, meaning these older people are less likely to move (compared to when they were younger). Another reason is the lack of new homes being built in the country (we need 240k houses a year to be built in the UK and we are currently only building 145k a year!) and finally, the new mortgage rules introduced in 2014 about how much a person can borrow on a mortgage has curtailed demand.

Some final thought’s before I go – to all the Doncaster homeowners that aren’t planning to sell – this talk of price changes is only on paper profit or loss. To those that are moving … most people that sell, are buyers as well, so as you might not get as much for yours, the one you will want to buy won’t be as much, (swings and roundabouts as Mum used to say!)

To all the Doncaster landlords – keep your eyes peeled – I have a feeling there may be some decent buy-to-let deals to be had in the coming months. One place for such deals, irrespective of which agent is selling it, is my Doncaster Property Blog.